Why I Still Buy …

A Must-Go Place in …

I’d always hoped I’d carried the girls-can flag high and proud for the four short years of GinGin’s life up to that moment. I stupidly thought she was immune to the false limitations society has put upon the female sex. But no. Those four words revealed the truth. I hadn’t done enough. I’d failed her. Somehow, somewhere, this ridiculous idea had crept inside her head. It had taken root. And it was in danger of becoming a fact of life, not to be questioned. Of course I immediately felt guilty. I’d let her down. I’d not done enough to instill a sense of self-belief, self-worth or determination in my own daughter’s mind. It was my fault she believed she couldn’t do something because she was a girl.

But let’s rewind. We’ve always encouraged GinGin to do whatever she wants to do. We’ve read to her everyday of her life. Fiction books as well as fact books. We’ve not insisted on buying the pink version of toys. She’s had as many “boy’s toys” as she has “girl’s toys” – probably more. She has developed a keen interest in maths and science. She loves learning. She loves discovering new things. She loves being outdoors. She knows her mummy is very well educated. She’s grown up with daddy doing household chores. And making dinner most days. We’ve talked endlessly about all the different things in life there is to do. Discussed the jobs that people do. Careers people have. Never once have we even hinted that there are things that boys can or can’t do, and things that girls can or can’t do.

It’s not my fault.

But it is my responsibility to make sure this fire is put out now. These flames cannot be fanned. GinGin is fiercely strong-willed. She is independently minded. She questions most things. I like that about her. It’s hard work, but I like that she doesn’t just accept the first thing she’s told. So quite where this idea that girls can’t be astronauts came from is beyond me. And it surprises me that she accepted it. Except she hadn’t accepted it. Her declaration was more like running a theory passed me. How do I know? Because she didn’t argue with me when I told her emphatically, “yes! Yes girls can be astronauts! You could be an astronaut if you wanted to be!” She looked thoughtful. Triumphant even. I could see the thought process on her face.

“…Maybe one day I could go to space. I might like to be an astronaut one day…”

It helped that we were at The Eden Project when this conversation took place. So what difference does that make? Well, the theme of Eden at the time was space. We were walking through a gallery of images taken from satellites. Some pictures were even taken from inside the International Space Station. We’d stopped in front of a portrait. It was a picture of smiling scientist. She was floating in her work environment. She was surrounded by very technologically advanced looking equipment. She had a view of the Earth from her window. She was in space. She was an astronaut. She was a woman. There was no man in the image. No confusion that this woman was clever, capable, courageous. Thank you Eden for displaying that particular image. And in such a prominent place too. It was the evidence I needed to prove to GinGin that girls can be astronauts. It was such an empowering and important moment in my little girl’s life.

It doesn’t matter that GinGin probably won’t be an astronaut. (She’s fixated on being a singing vet for now *eyes roll*) What matters is that she knows she could be if she wanted to be. That new belief is there. It has now taken root. I know it has. It’s about nine months since all this happened. And now – probably on a daily basis – GinGin will announce that she can do anything she wants to do because, “girls can be anything they want to be can’t they mummy!”

My reply is always the same: “of course they can my little love.” 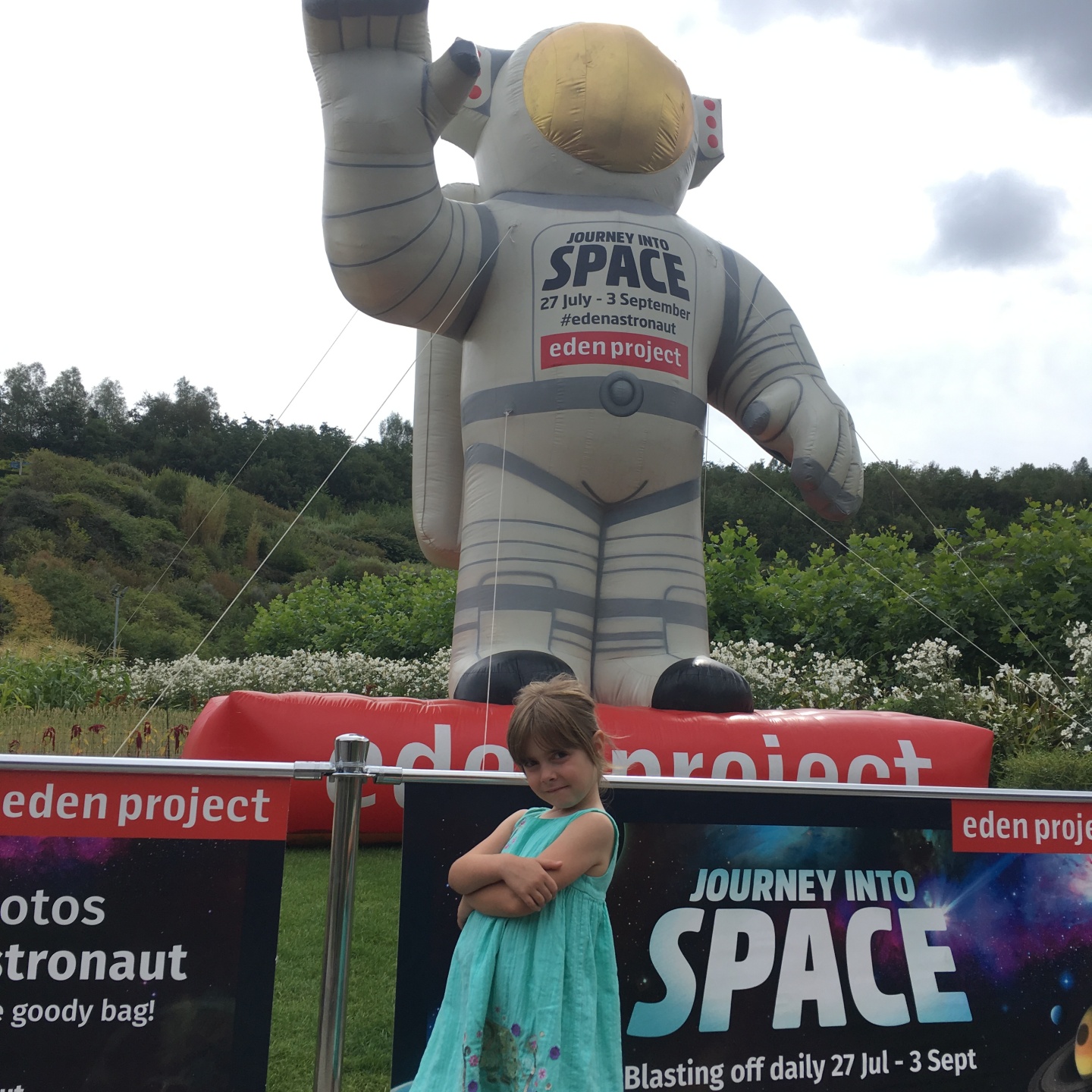